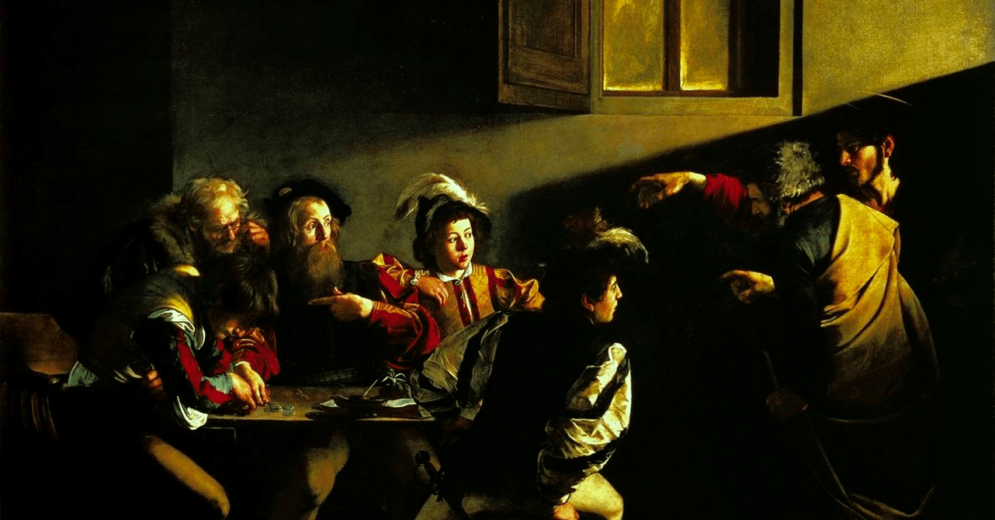 Light and shadow are fundamental elements of visual arts, so knowing how to work with them makes all the difference in the final result.

The Chiaroscuro technique is great for getting the best out of light, shadow, and their shades.

In this article, we'll talk about the Chiaroscuro technique, the artists involved, and how it has influenced other visual arts.

Chiaroscuro is a painting technique that was established and became famous in the Renaissance period in the 15th century.

The technique is about working with high contrast between light and shadow and requires good knowledge of perspective, physical effects of light, brightness, and even the paints used.

In other words, it is a very complex and advanced technique with striking results.

Contrast is the driving force of chiaroscuro. And it is from this contrast that objects are defined – without using contour lines – and volume through the most defined shadows.

Generally, a painting based on the chiaroscuro technique has its motifs at first dark, illuminated by a single light source not shown in the scene.

Chiaroscuro influenced other artistic movements, such as the Baroque and Mannerism, and what became known as Tenebrism, where the technique was taken to the extreme.

The history behind the technique

There are paintings by the Greek artist Apollodorus (5th century B.C.) that already used shadows and contrasts to build volume.

Unfortunately, none of Apollodorus' art survived time, but it is possible to find his influence and technique in Greek art from the Hellenistic period.

In the Renaissance, the technique was revived and perfected.

The Renaissance was meant to revive classical and ancient ideas, such as those of Ancient Rome and Ancient Greece.

The movement focused on anthropocentrism, humanism, and individualism without completely letting go of Christianity and religion.

Leonardo da Vinci was the first Renaissance artist to work with shadows and light. He used colored paper and added colors, light, and tones through paint, chalk, and charcoal.

Da Vinci painted layers of color from the dark tones, lightening areas of interest and creating shadows to add volume.

The Renaissance was a time marked by great artists and the development of a new resource: oil paint.

Before oil paint, artists used other techniques, such as tempera, where the paint and pigments were mixed with egg white.

The problem with this technique was its opacity and its quick-drying characteristic, which made it impossible to paint several layers.

Oil paint is a slow-drying paint in which the pigments are mixed in oil.

Leonardo da Vinci was the first Renaissance artist to work with contrast, lights, and shadows, starting the popularization of chiaroscuro.

However, other artists further refined this technique, created remarkable works, and established themselves as chiaroscuro masters.

There is no way to discuss this technique without mentioning Michelangelo Merisi da Caravaggio.

Caravaggio: taking Chiaroscuro to the extreme

Caravaggio dedicated part of his life to producing works using the chiaroscuro technique.

In addition, the realism and high drama in his art were characteristics that, together with the use of shadows and lights, made Caravaggio a provocative artist.

Caravaggio's art was marked by totally darkened backgrounds, with the objects and models illuminated by a single light source.

This combination created a high dramatic index in his works, and this extreme use of contrasts and chiaroscuro gave rise to a movement called Tenebrism.

Tenebrism was born in the Renaissance, but grew stronger in the Baroque movement and extended into Romanticism.

Not all artists used the chiaroscuro technique to the extreme, as did Caravaggio.

These approaches were also important to show that the technique can be used to create profound works without going to a darker, more provocative, or even uncomfortable side.

Rembrandt van Rijn was a good example of a more subtle use of Chiaroscuro. However, his first phase as an artist used a lot of dramatic Chiaroscuro, much under the influence of his teacher Pieter Lastman, a student of Caravaggio.

Rembrandt used more golden tones and softened the drama of his works in the second phase of his artistic life, with more reflective and introspective characters.

He also began to use light not only as illumination of the environment of his works but as something more connected to the spiritual realm. In this regard, light creates the shapes of objects and the other colors are subject to it.

This technique and sensibility made Rembrandt known as the master of light and shadow.

Gerard van Honthorst was another Dutch master who used the contrasts, light and shadow of the chiaroscuro technique in his works.

The artist painted many pictures with festive themes, rather than religious themes, as Caravaggio did. This was due to the times in which Holland lived, with religious disputes and conflicts. Thus, most commissions for artwork avoided religious themes.

Georges de La Tour was a French painter who also benefited from the influence of Caravaggio's chiaroscuro, but unfortunately, his works were only discovered long after his death.

The artist played with the contrasts of light and shadow, using artificial light sources such as candles and torches.

In his works, one can feel the warmth of the light coming from these light sources.

More than 100 years after Caravaggio's death, his works and his dramatic chiaroscuro technique have continued to influence artists around the world – and, indeed, continue to do so to this day.

The technique was also used by two English artists during the 18th century, Joseph Wright of Derby and Sir Joshua Reynolds.

Both artists were famous portrait painters and applied the techniques of light and shadow in their works.

The influence of Chiaroscuro on other arts

Since the chiaroscuro technique works with contrasts between light and shadows, its exploration by other types of art becomes very possible, especially in photography and film.

The use of chiaroscuro in photography is not surprising, as paintings can be considered an analogy to photographs.

Some even consider Caravaggio one of the forerunners of photography for framing his works, using light and contrast, and illuminating areas of interest, guiding the gaze of his audience.

Light is one of the raw materials of photography. So it is only natural that chiaroscuro has directly influenced photography.

We can notice the technique in portraits, which adds drama and depth to the art.

We can take as an example the work of Brazilian photographer Monica Paes with her project called "Chiaroscuro."

In cinema, one can observe the use of the chiaroscuro technique in Film Noir, whose darker and pessimistic themes allowed chiaroscuro to bring even more dramatic characteristics.

Using a light source and exaggerated shadows contributed to contextualizing and provoking the audience, making them dive into the plot more intensively.

The technique, and Film Noir in general, was well explored in German Expressionism, leading to the production of classic works of cinema such as "The Cabinet of Dr. Caligari" and "Nosferatu."

Chiaroscuro played an important role in defining future movements, and artists who used the technique are remembered to this day.

In addition, the influence of chiaroscuro in other media and arts is still seen today, whether in photography or film.

For these reasons, chiaroscuro is not only a Renaissance technique, but a true art revolution.

We are proud to have people from the community hired by great companies every month in countries like
Brazil, USA, UK, Ireland, Germany, Spain, Portugal, Austria, Czech Republic, New Zealand, and Canada.