Greek art influenced various artistic movements many centuries after its emergence. The Renaissance is a good example.

Greece has a dense and incredible history, with ideas that have shaped the world in several areas of knowledge: politics, society, mathematics, philosophy, and arts and culture.

It's over 2,000 years of Greek history before the Romans conquered the territory. So, there's much to talk about the arts that emerged during this time.

In this sense, it's easier to talk about Greek art according to the historical periods of its history.

So here we go!

The History of Greece and Greek Art

Therefore, it's impossible to have a single definition for Greek art because people were continuously evolving during this period, and so did art.

Historians generally divide Greek history into 5 periods. Each period has its own particularities in the artistic realm. They are:

We will go through each of these periods, briefly explaining their historical context and showing what their artistic manifestations were like.

The Pre-Homeric Period is connected to the rise of the Greeks, with two civilizations standing out: Cretan and Mycenaean.

The Cretans arose in the present-day region of Turkey and migrated to the islands of the Aegean Sea, mainly to the island of Crete.

The life of the Cretans included agriculture, livestock, and trade, which were responsible for their expansion throughout Asia Minor.

The Cretan people existed until about 1400 B.C. and were replaced by the Mycenaeans. The fall of the Cretan civilization, it is believed, happened because of the high exploitation of the soil added to the natural disasters that struck the island.

The Mycenaeans assimilated the Cretan culture and this had a great influence on the formation of the Greek culture. For example, the Mycenaeans already organized themselves into city-states and maintained strong trade relations with other peoples and regions.

The Mycenaean civilization declined from 1200 B.C. onwards because of the Dorian invasion. After this event, the Homeric Period began

The Mycenaeans had great architecture and masonry projects. They also worked with gold and oil.

In addition, they transformed how they used pottery, giving it a more aesthetic and decorative appeal, not just functional.

Despite the fall of the Mycenaean civilization around 1200 BC, their culture remained present until the invasion of Troy by the Greeks. From then on, the Mycenaean culture diminished until it became extinct.

The destruction of the Mycenaean civilization by the Dorians caused the civilization to go through a retreat. The great Mycenaean cities were reduced to small villages and great palaces were destroyed.

The Homeric Period is somewhat obscure. Historians know little about this part of Greek history.

What is known is that it was during this period that the genos, small patriarchal agricultural communities based on solidarity and collectivity, arose. As time went by, an aristocracy was formed, and other genos joined together and formed brotherhoods.

These unions brought instability and inequality. As this type of organization began to lose control, city-states began to emerge. This process also strengthened trade and promoted social and political changes.

With the rise of the city-states, the geometric period of Greek art also began.

Ceramics were no longer only used functionally but also had an aesthetic and decorative appeal. Then, in the geometric period of Greek art, the decoration on pottery also started to contemplate animals and human beings, however, using simple geometric shapes.

The Greek city-state model was consolidated in the Archaic period. The polis, as they were called, occupied the entire Greek territory and their main characteristic was autonomy.

Each polis had its autonomy in terms of law, politics, religion, etc. This meant that Greece did not exactly have a territory, like an empire, or clearly defined borders.

Some polis were so outstanding that they are remembered to this day, such as Athens, Sparta, Thebes, and Corinth.

The development of the polis, on the other hand, also influenced the process of income concentration. In other words, the poorest people had less and less access to land, were more and more in debt, and could be enslaved if they did not pay their debts.

This social problem encouraged part of the population to seek new opportunities in other regions outside the Greek territory, taking advantage of Greek ships that traded in different places.

Thus, many Greeks settled in other locations such as North Africa, southern Spain, France, etc. These groups were responsible for forming polis in regions beyond the Greek territory, and this process became known as Greek colonization.

These colonies incorporated other characteristics of each region in which they settled, and this, of course, contributed to the development of various aspects of society, including culture and the arts.

Greek art from the Archaic period

In the middle of the Archaic period, Greek art began to be influenced by the more Asian side of the world, due to the expansion of trade.

New languages and new cultures influenced Greek art, featuring curvilinear designs of creatures that mixed animals with humans, such as the Sphinx.

During this period, ceramic decoration became increasingly figurative. Artists began to include more animals and humans in their art and culture.

Greek sculptures of the Archaic period were created in stone, bronze, or terracotta and were heavily influenced by Egyptian culture.

The most common arts referred to men and women (kouros and kore).

Painting was very much present in the decoration of vases and sculptures in the archaic period of Greek art. Therefore, the growth of this artistic category was natural.

Besides paintings on pottery, the Greeks painted walls, buildings, and tombs.

In the archaic period, there are not many panel paintings. The only references that exist are the Pitsa panels. In this regard, when we talk about painting in Archaic Greek art, the best reference is the ones we find in ceramics.

The Classical Period is considered the pinnacle of Greek civilization, also because of the development of its arts and culture.

In this period, the focus is on two polis: Athens and Sparta.

Although they belonged to the same Greek territory, as we have seen, each polis had its own autonomy. And Athens and Sparta were very different from each other.

Athens developed its own democratic system (which always ended up benefiting the aristocracy), and Sparta was a city based on warriors, with slavery and oligarchic practices.

Even though they had their differences, Athens and Sparta united in the period to defeat the Persian invasion.

Greek art of the classical period

Classical Greek art corresponds to the artistic manifestations that took place at the height of Greek civilization. Many consider this period to be a "Golden Age" of Greece.

In terms of art, the main characteristics of this period are realism and narratives. Art then represents not only an object or a person but also an entire context and setting.

So paintings now contained many details, sculpting also developed, and in architecture, there was the construction of the Parthenon in Athens.

The Greek art of ceramics suffered a significant decline during the classical period, but the reasons for this are not exact. There were no more technical innovations for this art. The last technique developed was White Ground which used paint and gilding on white clay.

Greek architecture was very prominent during the classical period.

The main styles of Greek architecture were Doric and Ionic, and they were responsible for setting a standard of beauty in architectural designs.

You can't talk about Greek architecture without mentioning the Parthenon, the most iconic Greek temple of the period, which honored the goddess Athena.

Despite being an icon of architecture, the Parthenon shared several characteristics common to Greek architecture of the time, such as:

The classical period was very interesting for Greek sculpture. This is because various techniques were improved, and the art pieces became more and more realistic.

In addition, the use of bronze as a raw material for sculpture became more prominent due to its ability to maintain its shape. Other more expensive materials were used for specific works, such as statues for cults.

Classical Greek painting represented a milestone in the history of art, being surpassed only in the Renaissance period.

In the classical period, paintings were in vases, on panels, and on walls and tombs.

Greek artists had still life, figurative scenes, and portraits as the main subjects of their art.

The Hellenistic Period represents the decline of the Greek civilization.

After the war against the Persians, Athens experienced a period of supremacy, developing greatly in economic and cultural matters.

Athens' growth bothered Sparta, so the two cities started a war. The Peloponnesian War, as it became known, lasted from 431 BC to 404 BC.

The Spartans defeated the Athenians and became the great city in Greece. But their rule did not please everyone either, and the city of Thebes declared war on Sparta in 371 BC and defeated them.

This succession of wars significantly weakened the entire Greek territory and left them susceptible to invasions from other peoples.

In 338 BC, Philip of Macedon conquered Greek territory, and two years later, his son Alexander became king and expanded his empire.

After Alexander's death, the Macedonian empire began to decline, and the Romans – centuries later – conquered his empire and Greece.

Reading Tip: Storytelling: How To Tell The Right Story

With the Macedonian conquest of Greece, the two cultures merged and incorporated.

This new moment in Greek culture and art changed the form of artistic expression that existed in Greece, especially with regard to architecture.

With the division of the Greek territory, each part under a different domain, the architecture started to have a cultural mix.

In general, the characteristics of Hellenism in architecture include more extravagant forms inspired by the Ionic and Corinthian Orders.

Greek sculptures of the Hellenistic period followed what had been developed in the classical period.

Like sculpture, painting developed significantly during the Hellenistic period of Greek art. Even its techniques and characteristics were taught in several schools in the territory.

During this period, the subjects started to portray animals, still life, and landscapes instead of mythology and gods.

One of the greatest contributions of Greek artists was in portrait painting. The portraits were so realistic that they were used on funeral cloth, covering the faces of mummified bodies.

The influence of Greek art over the centuries

Even before the invasion and conquest of Greek territory by Rome, many Greek artists were working in Italy for good pay.

So after the Roman domination, Greek culture and art spread even more throughout the empire.

Over time, artists migrated to other regions and spread Greek art to other locations.

Despite the end of the Greek empire, its culture and art influenced other movements many centuries later, such as Renaissance, Baroque, Neoclassical, and modern art.

Consequently, Greek art played a fundamental role in influencing the various artistic movements that came after. We can't deny that the history of Greek art is full of inspirations, whether for all the melting pot of cultures that occurred during the 5 periods or for the dissemination through migratory artists. 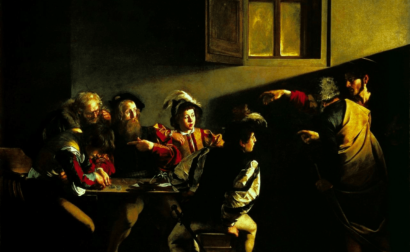 Chiaroscuro: The Art of Light and Shadow

We are proud to have people from the community hired by great companies every month in countries like
Brazil, USA, UK, Ireland, Germany, Spain, Portugal, Austria, Czech Republic, New Zealand, and Canada.